During the holiday season, it’s easy to get caught up in family, friends and fun, and forget about those less fortunate than us. On the other hand, The Salvation Army in Canada knows firsthand that it’s during this time that many families are most in need. With help from agency Grey Canada, The Salvation Army took advantage of Facebook’s 360 degree photographs, to show a side of the holiday’s that is often forgotten about.

What looks like a typical family holiday card, even complete with Christmas lights in the background, actually tells a much different story once viewers interact with the ad. As they  do a 360 on the photo, they’re presented with a view of actual impoverished homes.

Grey Canada chose to use real houses and no artificial sets to show the real side of poverty in Canada. Grey Canada also focused on using Facebook because one, it was  cost effective, and two, they wanted to target millennials they are the individuals that are comfortable donating to online causes.

Although I believe the ad did a great job at finding a unique way to raise funds for such an important cause, it has faced a little bit of backlash from the community. Some individuals claim that the ads aren’t showing enough poverty. They argue that many Canadians live in much worse conditions, and they wish that Grey Canada would showcase the truth.

Overall, the campaign was intended to help make a difference this holiday season and generate funding for an organization that does so much good.

If you are interested in donating, you can visit SalvationArmy.ca for more info. 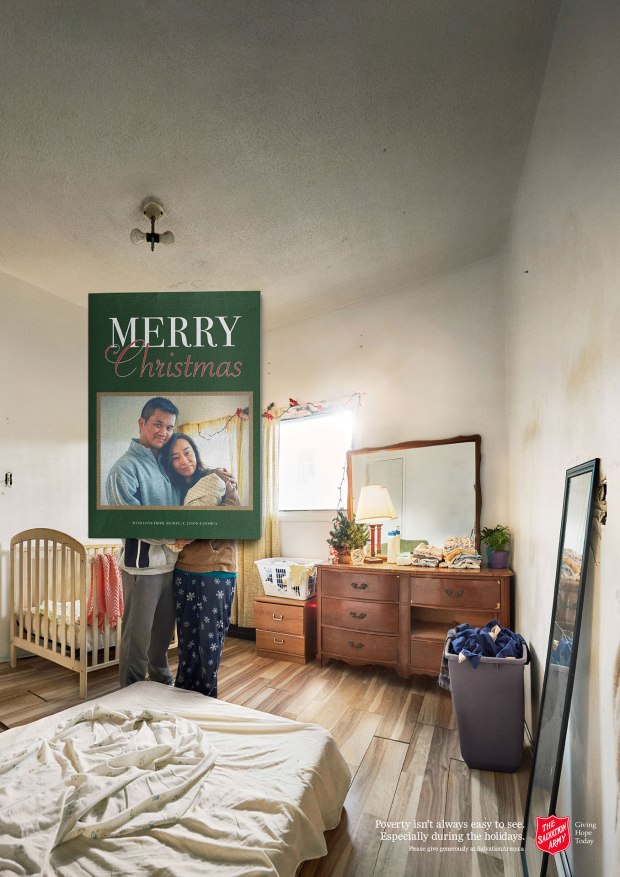